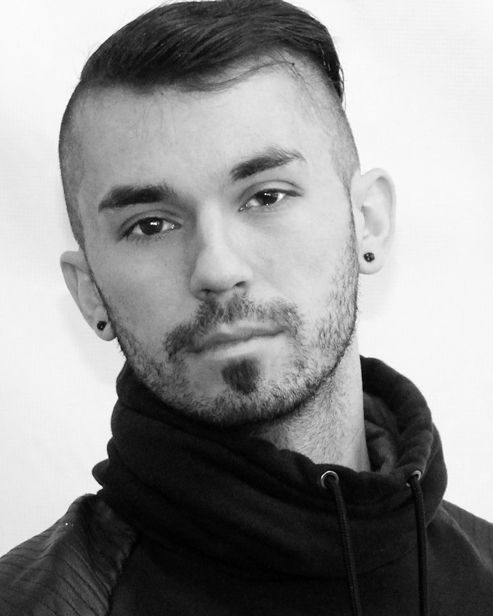 “Scuba” Steve Gorski started dancing at the young age of 2. He received his training from Stage Door Dance Academy and Impact Dance Studio. Steve has won many titles, scholarships and awards and was also featured in the December 2007 Dance Spirit Magazine as a “Future Dance Star.” Steve attended Oklahoma City University as a Dance Performance major at the Ann Lacy School of American Dance and Arts Management under the direction of John Bedford and Jo Rowan. Steve holds a B.P.A from Oklahoma City University. While in Oklahoma, Steve has performed in the Oklahoma Centennial Parade and the Oklahoma Centennial Spectacular along with Reba, Carrie Underwood, The Flaming Lips, and All American Rejects. He was member of the professional dance company at OCU, The American Spirit Dance Company and was elected the Deputy of the company, which allowed him to work closely with the director and company manager while he served as a liaison between the dancers and the director and company manager. He has starred in shows at OCU such as, Life of the Party, Home for the Holidays, The American Spirit Spring Show, and, as a freshman, was selected to be a part of the American Spirit Tour Cast. Steve was the swing and understudy for Kate Jablonski’s Off Broadway Show, Beyond Words, in New York City. Steve is also an assistant to Connie Fagan and Jay Fagan for the dance competition/convention Chicago Dance Connection. Steve joined Inaside Chicago Dance after college, under the direction of Richard Smith and is now currently their Media Director. Steve was a part of S.L.A.T.E. Theater’s cast of Legally Blonde where he was “Nikkos/ensemble.” Steve has also performed with Michigan Ballet Theatre in their production of Copellia (Fiance) and The Nutcracker (Rat King/Russian/Spanish). Steve is now a teacher, choreographer and co-artistic director at Legacy Dance Studio for Legacy’s Competition Team. Along with teaching at Legacy, Steve choreographs all over the Chicagoland area. Recently Steve’s choreography has appeared on CBS, FOX, ABC & NBC for the Chicago Thanksgiving Day Parade, received numerous choreography awards, and overalls. He was blessed this past winter to have 7 students make it in the Joffrey’s cast of “The Nutcracker.” Steve choreographed Kankakee Valley Association Theatre’s production of “The Wedding Singer” and continues to choreograph throughout Chicago and the midwest.